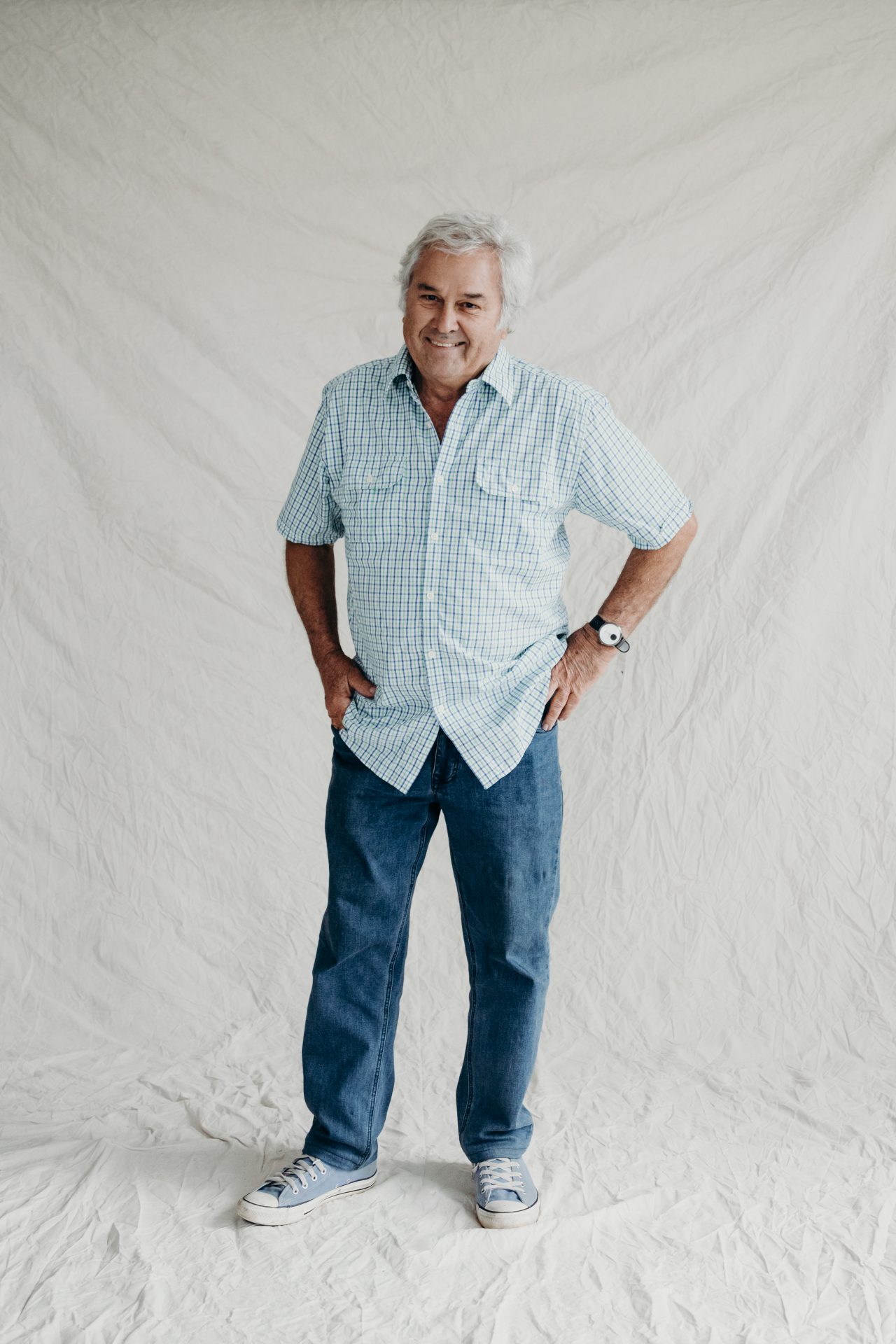 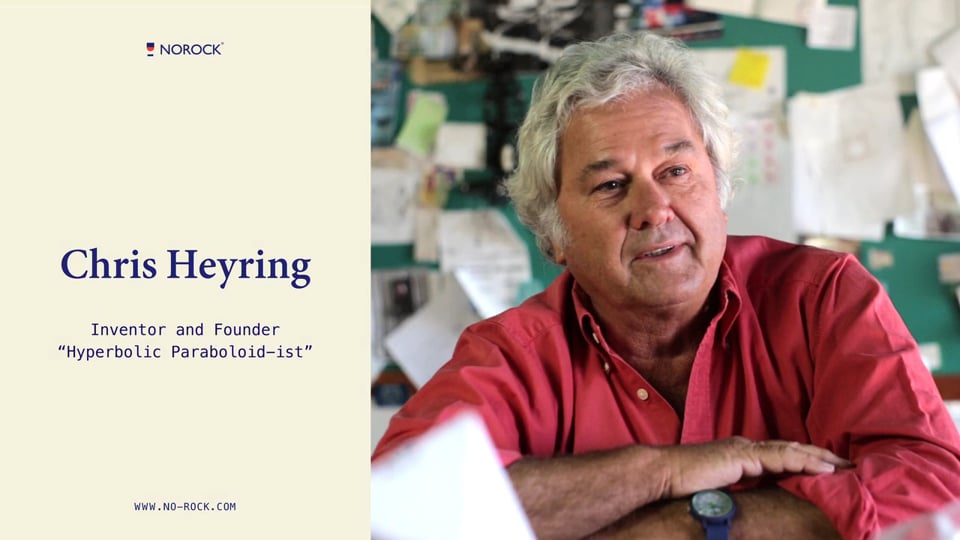 It is no surprise to learn that Chris’ hero is Leonardo da Vinci. Like Leonardo, Chris was born with the ability to visualise and draw his engineering feats, and his imagination has seen to a long line of inventions. People have assumed Chris is an engineer for most of his life, but he considers himself “a crazy sculptor with dreams”, harking back to his art school roots. Getting tired of wobbly tables while dining out, Chris and his son Toby set about to solve this problem once and for all by incorporating the technologies Chris had been designing for many years. The father and son team experimented with dozens of prototypes before creating the ultimate NOROCK solution.

I didn’t realise this until I had been doing it for more than 55+ years, but I’ve actually been studying and inventing self-stabilising suspension systems and the geometry of hyperbolic paraboloids since I was a boy.

Chris met his wife Anny at art school and after graduating the two sculptors took risks in starting up no less than four companies with no real money, all on their kitchen table. Prototypes and products they developed overtook their home, spilling out onto the verandahs, working while their kids were at school. Their hard work paid off, the businesses were all successful — which includes Kinetic, a system fitted as original equipment by car manufacturers including Toyota and Nissan. Now Chris is mostly involved in Nauticraft designing self-stabilising boats with suspension systems (based on hyperbolic paraboloids), but still enjoys helping Toby with an idea for NOROCK now and again.

I’ve been designing and making suspension systems all my life – I can’t help it, I’m just driven by a compulsion to design and make models, real cars, boats and of course tables, and all these activities share the same basic geometry. Just because there are no specific names for this obscure but specific madness I suppose I’m not easily ‘pigeon-holed’!

Today Chris enjoys a seamless work-play balance and enjoys living right near “one of the nicest, cleanest and most wholesome beaches in the world”, eating some of the “best fish in the world caught locally by our son Toby” and harvesting his backyard veggies and eggs. Chris was born overseas and started travelling the world when he was just two years old, catching the travel bug early and enjoying all the culture, foods and traditions. Sharing his love of travel with Anny, Chris says that without her he “would never have been able (or even dared) to do all the wonderful things I’ve had the privilege to enjoy around the world”.